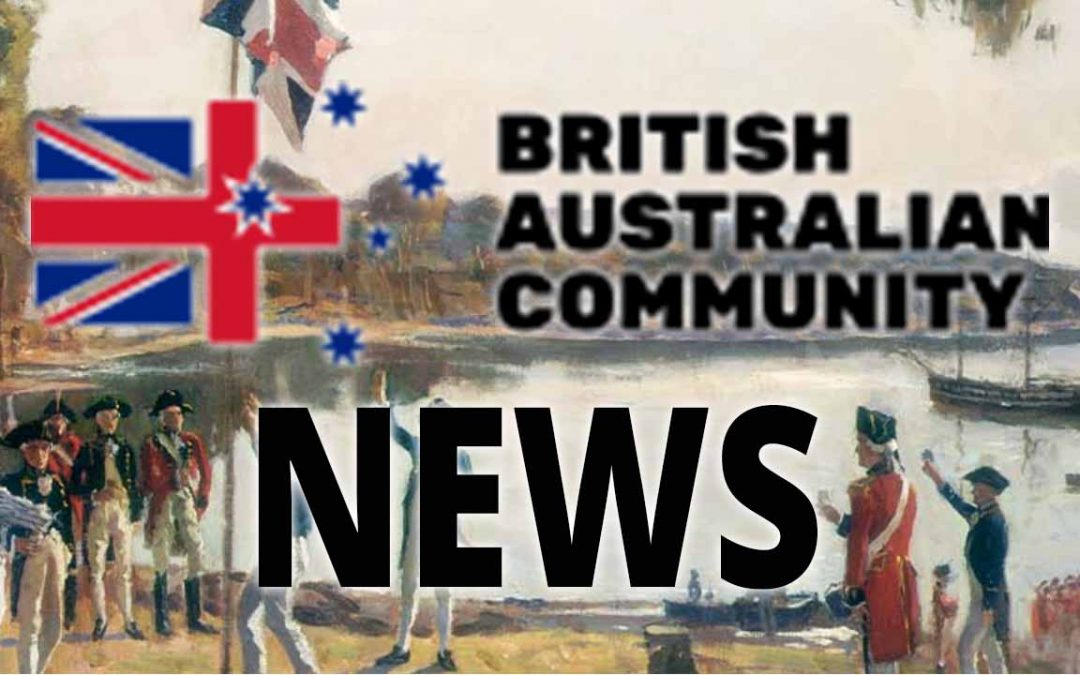 Russia, Ukraine and the Anglosphere

The elephant in the room, by far the biggest event of the past month has of course been the Russian invasion of Ukraine. I don’t intend to comment extensively on the details of the matter – there is no shortage of coverage from the utterly mainstream to the dissonantly dissident and naturally, given the fog of war, much of it is of limited value. While it’s possible to use multiple sources to piece together what’s happening, the best advice is just to disconnect and come back in a few weeks. This conflict is in its early stages and there’s probably not much to be gained by trying to stay up-to-date. In fact, given the huge amounts of disinformation that are being pumped out as part of both side’s information warfare operations, the man ignorant of the day-to-day happenings of the war is probably better informed than the war junkie following a thousand up-to-the-minute news feeds.

What I do intend to comment on is the meaning of this war for Anglo-Australians.

What is clear from the response of our government, its Anglosphere allies and the supporting media complex is that Russia are the bad guys, Ukraine are the goods guys and, naturally, living as we do in the shadows of the ideological constructions that came out of WWII, the Russians are therefore Nazis and Putin is Hitler (which has led to some, uh, interesting opportunities for narrative management).

Our government, taking its lead from the US, condemned the Russian invasion and pledged to provide aid, both humanitarian and lethal to the Ukrainian government.

Australia is clearly acting in unison with its Anglosphere friends. This is the latest in a trend of greater integration which accelerated after the US defence establishment’s awakening to the threat of China in approximately 2015 and which looks set to continue to include almost everything short of formal sovereign unification (although perhaps a stubborn imperial federationist can dream).

The vital question which patriotic Anglo-Australians need to ask is: “is it good for the Anglos?”

To some this question may appear absurd on its face. Could there be any downside to rebuilding our links with the countries with which we share deep cultural links in order to stand against would-be hegemons in Europe (Russia) and Asia (China)?

Well that depends doesn’t it? The stated justifications of the US, UK and Australia in supporting Ukraine has not in any way been stated in terms of being good for our countries or our people. Even somewhat tenuous has been the purported liberation of the Ukrainian people. Instead the war has mostly been framed as a defence of a more abstract liberalism (many pro-Ukrainian demonstrations have prominently featured rainbow flags, which I gather must be some kind of Ukrainian nationalist symbol). That makes a certain degree of sense if you’re trying to sell Cold War 2 to the public – if we look too closely at the reasons for the war fever we may find that there’s not much to be gained for Anglo-Australians in macho play-acting against a nuclear power, particularly when we have a much larger geopolitical threat in our own backyard.

But to ask whether the latest geopolitical machinations are of benefit to the core populations of the Five Eyes alliance is going to become increasingly necessary. Anglosphere political and military leaders must realise that the strength of a State is a function of the strength of its people. The core of the relationship between the Anglosphere nations is not mere historical contingency – as has been pointed out by some scholars, the close connections between these nations cannot be explained by power politics alone – the connections of history, language and blood are what makes deeper coordination possible. The Russians refer to our countries as the “Anglo-Saxon” powers. Perhaps seeing things from the outside they have a better handle on who we are then we ourselves do. In a time of increasing risk of conflict in our region this is a question we cannot afford to ignore – if history has shown us anything it’s that an abstract commitment to “freedom” can lead us down some very dark rabbit holes.

Unfortunately now I will be reporting something which is not actually news, because it happens all the time. But here we go: Big business wants to boost immigration (paywall). And so do a bunch of economists. Oh how drearily predictable this is – only four economists out of 49 wanted to reduce immigration and of those, only one had the guts to mention the negative effects on social cohesion (something the BAC does not fear to countenance). Meanwhile our government is in the process of further watering-down visa restrictions to allow more foreign workers to stay here for longer. Par for the course in modern Australia. And let’s not forget our dear friends the Afghans, who proved such reliable allies to Australian soldiers.

As pointed out by the chaps at Macrobusiness, the whole modern construct of our immigration system is incredibly unpopular. We must never lose sight of the fact that mass immigration and its resulting changes in the ethnic composition of our country have always and everywhere, every step of the way, been an elite project foisted on the Australian people. The Liberal-National government is doing its usual trick of trying to distract the voting populace by tossing them a bit of red meat of little statistical import, but if the comments on news websites (where they are still allowed) are any indication, this public are starting to see through the tricks.

One of the blessings of modern diversity is the chance it gives us to experience the enriching benefits of low-trust, corrupt government as a battleground for rival ethnic tribes. Of course, we’re not exactly at the Lebanon stage yet (well, apart from certain suburbs of Sydney that is) but we’re on a strong trajectory!

Some spoilsports in the government seem to have a problem with this though, so they have resorted to the only tool they have available… new laws. Now you might say they’re pushing on a string, that while some of these laws might make a bit of a difference, perhaps there’s an underlying issue here when increasingly large segments of the population who are nominally Australian citizens feel a stronger allegiance to foreign powers than their ostensible homeland, and that some new government wallpaper won’t change that?

Luckily I’m not that cynical.

Because if I was I’d probably be doing something like this bloke… calling Australia’s foreign policy regarding Israel and Palestine “racist” and lodging a complaint in the Australian Human Rights Commission.

But then, doesn’t the entire history of the AHRC show it be a cynical political exercise? Our Palestinian-Australian friend is just a man who gets the joke. These kinds of barely disguised ethnic conflicts look likely to be an increasingly common feature of our public life.

On a related note, University of Sydney professor and regular Quadrant contributor Salvatore Babones thinks that the most important election for Australians this year is not our own federal election, nor the US mid-terms, but the Punjabi regional elections! And who’s to say he’s wrong? Indians have recently overtaken Chinese as the largest source of foreign students, a reliable conveyor belt of future permanent residents and citizens and both far, far ahead of students and immigrants from our traditional sources. No doubt there are many more exciting opportunities for cultural enrichment through ethno-geopolitical proxy battles still to come! (Just ask the Canadians)

Northern Territory policeman Zachary Rolfe was found not guilty of murdering Charles Arnold Walker (posthumously dubbed Kumanjayi Walker) in 2019 after shooting him dead in the course of arresting him, where Walker attacked and stabbed Rolfe’s partner with a pair of scissors. The arrest was attempted because Walker had only days prior threatened other police officers with an axe.

Unfortunately for Rolfe, this incident occurred during the general flare-up of elite sentiment in favour of the Black Lives Matter movement in the US. Australian media commentators and politicians seem to have been thrilled to jump on the same bandwagon, and the Rolfe trial was going to be their local equivalent of George Floyd, an upstanding citizen cut down in the prime of his extremely virtuous life… ahem.

Perfecting the “tough guy as long as the media gives me a green light” act that would later come in handy against people not as enthusiastic over COVID vaccine mandates as he, NT Chief Minister Gunner put the boot into Rolfe before the trial had even begun, declaring to a crowd of Indigenous people that “consequences would flow”.

And while Gunner has had to backtrack somewhat from the obvious implication of politically influencing the trial, there may still be more to come. In the end, the NT justice system performed admirably once the trial actually started – the facts of the case were cut and dried, with the jury returning their not-guilty verdict in only a short time – as usual with these kinds of charades, the process has been the punishment, a warning to other Territory policeman who aren’t as quick on the uptake with the latest New York Times narrative. Rolfe will no doubt find his career permanently hobbled from now on, with little concern for the turmoil his life was subjected to for over two years despite him simply doing his job. Already it appears the NT blob is swinging into action to not let this crisis go to waste.

Since the trial, a number of inconvenient facts have come out about Walker. Including that he was a drug addict, a violent criminal and a consistent domestic abuser (paywall).

To say that this is a different impression than the media were determined to put across in the immediate aftermath of the shooting would be an understatement. The whole episode shows how thoroughly corrupt our media has become, how far they have drifted from any conception of holding powerful authorities to account. Instead, all our vaunted ‘public’ institutions have is Anglophobic cargo-culting of the latest American two-minute hate. Ambitious politicians and journalists looking for their Great White Defendant do not a cohesive polity make.

Other items of interest

The shipwreck of British Antarctic explorer Ernest Shackleton’s ship, The Endurance, has been found. This comes hot on the heels of the recovery of the Endeavour, as we recently reported. Both wonderful for maintaining a connection to the proud heritage of Anglo exploration.

The Cairns Captain Cook statue will avoid demolition by being relocated.

Australians with Scottish roots may be interested in a new Australian Tartan.

And apparently diversity is bad now… how does one keep up?

No comments to show.